How much does it cost to build a house?

Building your own house from scratch is an incredibly rewarding process. It’s more than just a development project - it’s a chance to create your bespoke dream home, exactly to your specifications.

But how much does it actually cost to build your own house? In 2020 the average self-build house cost between £1,800 and £3,000 per square metre, but the amount of variables involved makes it easy for estimates to change.

While every project is different and will have a range of features and challenges, we’ve put together this guide to give you a clearer idea of construction costs and how to budget your self-build.

Breaking down your budget 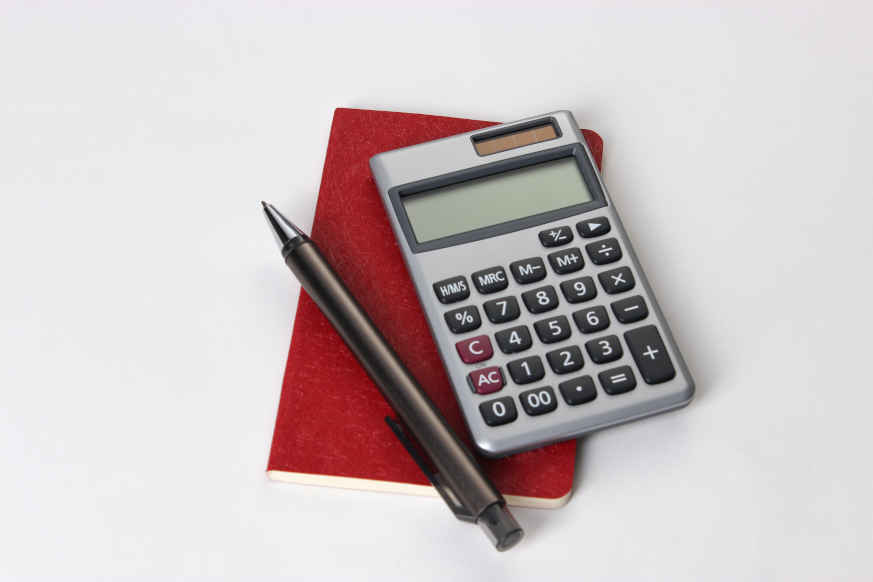 The first step to working out how much your self-build is going to cost is breaking down how your budget is going to be divided up. Generally speaking, the earlier stages of the build will be the most costly, while later steps like utilities connections and interior decoration will account for much less.

The single biggest expense in your project is going to be the land you buy to build on, including any Stamp Duty and legal and surveying fees. A common estimate is that the price of the land alone will be roughly one third of your completed home’s final value, with the total build costs being another third and profit making up the rest. However, in high price areas your plot of land can account for as much as 50% of the final value. There are also administrative costs to consider, such as fees to access and amend title deeds - your first port of call here will be either HM Land Registry or your solicitor.

As for the build itself, the majority of the budget will be taken up by the house’s foundations and superstructure, including the roof. These elements combined could account for roughly 40–50% of the total build costs. Connecting the property to utilities mains will be a further 10%, while the remainder of the budget will cover the interior work, such as plumbing, electrics, carpentry and decorating.

Don’t forget that there are other costs besides building materials and labour to account for. Architect fees will often amount to 5-10% of the build budget. It’s also recommended to set aside 10-15% as a contingency. Self-builds are subject to all manner of variables - even something like your site’s distance from the nearest concrete plant can unexpectedly lift construction costs. 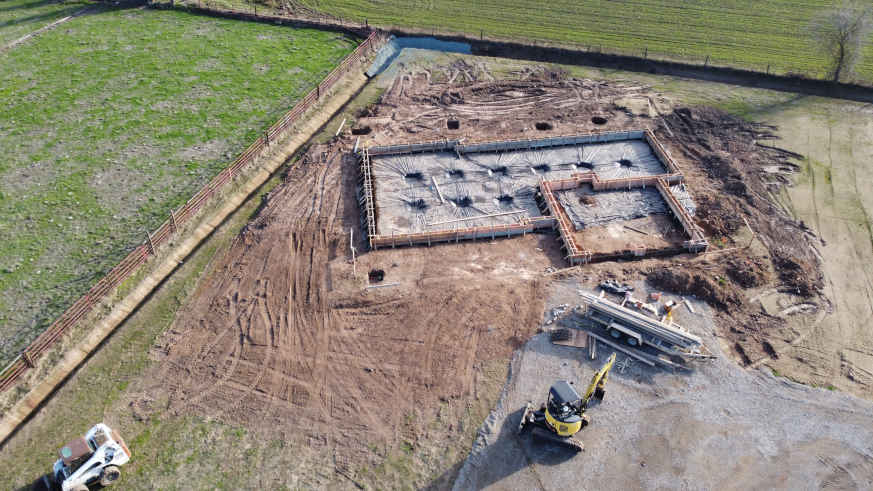 Foundations are often the most frustrating part of any self-build budget, because you’ll never really know what the job requires until you break ground. Ground conditions and specifications from the local planning authority or planning inspector will dictate what type of foundation you’ll have to lay.

For example, that means that the foundations for a 7x10m building could cost anywhere between £4,000-£12,000, while sloping ground adds another £5,000 per 5º of incline. Any quote you get in advance will be general at best, which is why it always pays to have that contingency budget set aside.

The cost of the remaining structural elements is easier to predict, as construction methods are unlikely to change during the build. For an average house the load-bearing walls will likely cost around £30,000, although this will vary slightly depending on whether you use a timber frame or concrete blocks.

As for the roof structure, the cost depends mostly on the complexity of the design. A 7x10m rectangular roof with room for basic loft storage could come in at under £1,500. But unusual shapes, more complex trusses, or steeper roofs to allow for attic rooms will increase material and labour costs drastically. As a general rule, a 5% increase in roof pitch (ie slope) will double its cost, while a 10% increase will triple it.

With decent quality roof coverings £60 per square metre is a good estimate to start with, although this will vary widely depending on the type of covering and materials used. The same goes if you choose to have any external wall cladding like stone or timber. 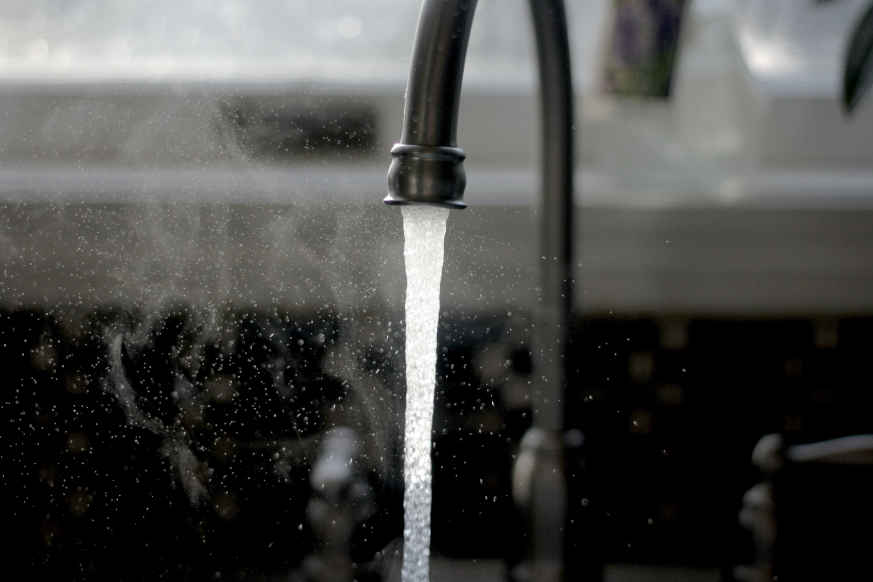 On average, the cost of connecting your house to electricity, gas, water, drainage and telephone mains will account for about £10,000.

But much like foundations, service connections are one of the more unpredictable parts of budgeting. How close your land is to the nearest mains and whether any new connections require access to a neighbour’s land can cause the cost to vary widely.

As a result, this is another area where your contingency budget might come into play. If you’re building in a rural location far from the nearest gas or sewer main, you’ll likely be adding another £2,500 per service for those new connections. In some locations creating a new mains connection may not be viable, although there are alternatives such as septic tanks for waste water drainage.

If your land has been previously developed or has any existing dwellings on it, then these services should already be in place and you will not have to pay for new connections.

Choosing a heating system for your self-build 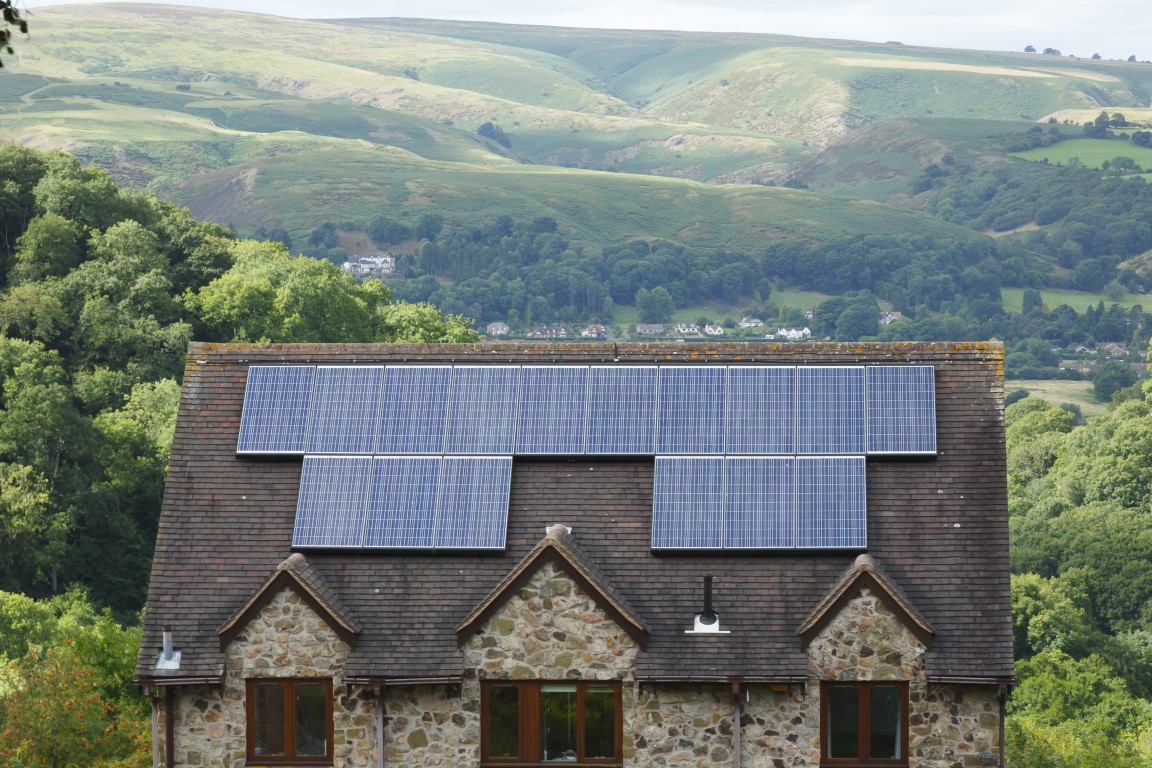 One of the beauties of the self-build project is that you won't be saddled with old or failing appliances, like you might be if you were moving into an existing home. Unexpected costs such as having to repair an ancient boiler can make project management difficult.  Traditionally in the UK, homes have had central heating systems, comprised of a boiler and radiators. These boilers will be fuelled by any one of: gas, oil, liquid petroleum gas (LPG) or electricity, and are amongst the cheapest systems to fit and maintain. Crucially, though, installing gas and oil boilers will be banned from 2025, as the UK tries to go net zero by 2050. Given you're probably going to be buildng your home to last you a lifetime, you may want to think about some more forward-looking, eco-friendly alternatives.

Biomass (defined as any type of plant matter but normally taken to be wood, either as logs or wood chips) boilers are carbon-neutral, as the CO2 emitted when burning is offset by the carbon absorbed by the tree when it grows. This can be a great option if you own woodland, as even a small number of trees can fuel a boiler for a long time. Log burning boilers, however, have to be manually fed, which is a major factor meaning they aren't for everyone.

Heat pumps are another emission-reducing alternative to the traditional gas boiler. Like an air-conditioning unit in reverse, they use electricity to pull heat energy from the ground or air and convert it into usable heat for your home. Depending on your floor space, heat pumps may be the ideal, low-emission choice. For houses with underfloor heating across much of their square footage, heat pumps can be especially efficient, given underfloor heats to a lower temperature than radiators. The government, in October 2021, announced a £450 million pound Boiler Upgrade Scheme, which provides a £5,000 grant to households, self-builds included, switching from boilers to heat pumps, to offset the estimated cost. The average price of a heat pump is between £4,000 and £8,000 (before installation costs), though, so for a larger house may still end up being expensive.

Solar water heating uses solar panels on your roof to heat water for use around the home (though rarely for space heating, i.e. heating the rooms themselves). Cold water from the mains is fed through a hot water cylinder and into the solar panels, where the sun heats the water for use. This system is especially good for self-build homes given you'll be in control of the construction project from the start and can fit the right components at first instance rather than retrospectively. Typically costing between £4,000 and £5,000 to install (cost of materials comprising most of this), once in, additional costs are minimal.

All of these are eligible for the Renewable Heat Incentive (RHI), a scheme set up by the government that pays households yearly if they install green heating alternatives. To find out how to apply for the RHI, see our guide on eco-friendly homes. 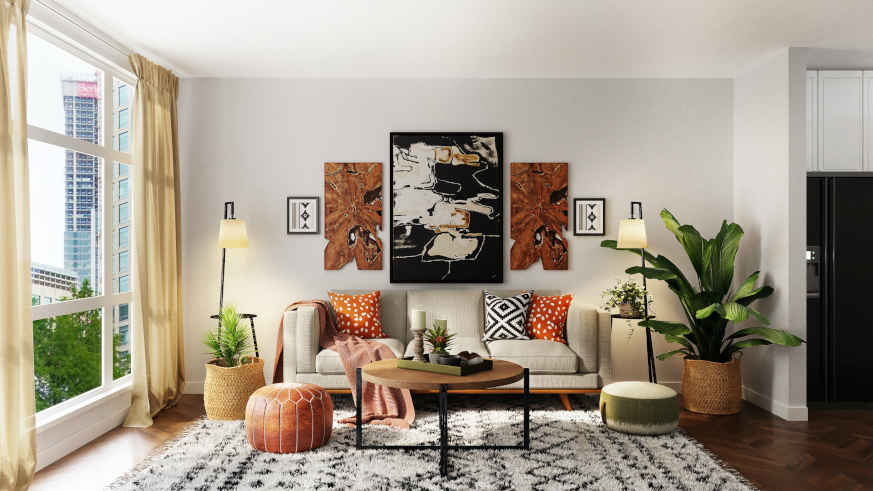 When it comes to the interior of the house, coming up with estimated costs is almost impossible as the prices will all be unique to your project and what you choose.

In terms of a budget breakdown, the largest costs in this area will likely come from plumbing and heating, electrics, and carpentry such as staircases and skirting boards. These are all labour-intensive tasks, and unless you’ve got the right qualifications it’s not really possible to get around these costs.

However, when it comes to jobs like plastering, painting and tiling, you can save money by doing things yourself. Even with friends and family helping this will obviously take you more time to complete. But it will also save you paying labour fees for decorators, which is good to know if you’ve had to dip into your contingency budget earlier in the build. Not only that, but it’s also highly rewarding to see the final pieces of your home coming together by your own hands.

Addland makes it easy to find, research, and buy land for your dream self-build project.

Woodland - The benefits of planting trees

If you’re a private landowner, then planting trees can have a host of economic benefits. Trees play a major role in preventing soil erosion and one mature oak tree can support up to 500 different species of UK wildlife.