Home Research Guides Solar farms - Everything you need to know

With the UK targeting half of its power to come from renewable sources by 2030, large-scale solar farms have become an increasingly popular form of clean power. Companies, farmers and independent landowners alike are also looking to turn their land into a source of green energy.

In this guide, we’ll help you understand everything you need to know about setting up a solar farm for a renewable energy source. 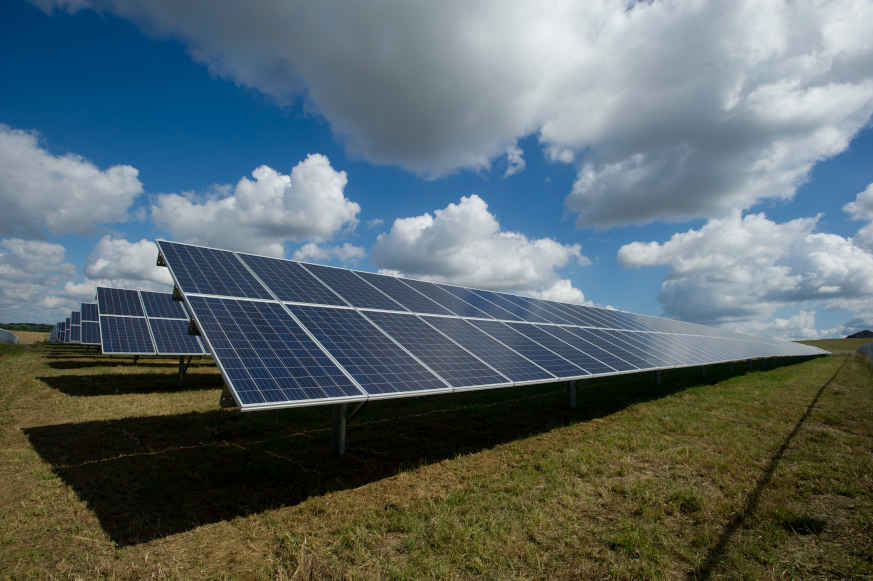 How to set up a solar farm

The first thing you’ll need when setting up a solar energy project is somewhere for it to go. And when you’re looking for land, know that solar panel farms need quite a lot of it (compared to other forms of power generation) - for a 1MW farm, you’ll likely need 5 - 8 acres. Keep in mind that you won’t just need space for the panels themselves. You’ll also need to account for essential equipment like inverters and storage batteries, as well as enough space between the rows of panels to allow for maintenance access.

Your land will also need to have a connection to the grid in order to supply the electricity you’ll generate. If there is no existing connection in place, you’ll have to pay to have one set up.

Solar projects are almost always built on rural land, and the prime spots are either flat or on a south-facing slope. If you’re looking to convert agricultural farmland, be aware that the rigorous planning procedures, where the building will inhibit food production will create some restrictions. Approval to turn highly fertile fields into solar farms is rarely granted - your best bet will be to apply for land that’s low-yield or only used for grazing.

Getting planning permission is only one part of the process, though. A project like a solar farm has to go through a rigorous set of planning procedures before work can begin. This will mean assessing the suitability of your proposed site, work needed to make it suitable, and any potential impact - positive or negative - on the local environment.

Acquiring planning and approval is by far the longest part of the process. While the construction itself can be completed in a matter of months, the whole development from inception to operation can take anywhere between one and three years, due to the planning process. You can use Addland Professional to view all historic and current planning applications in England and Wales. 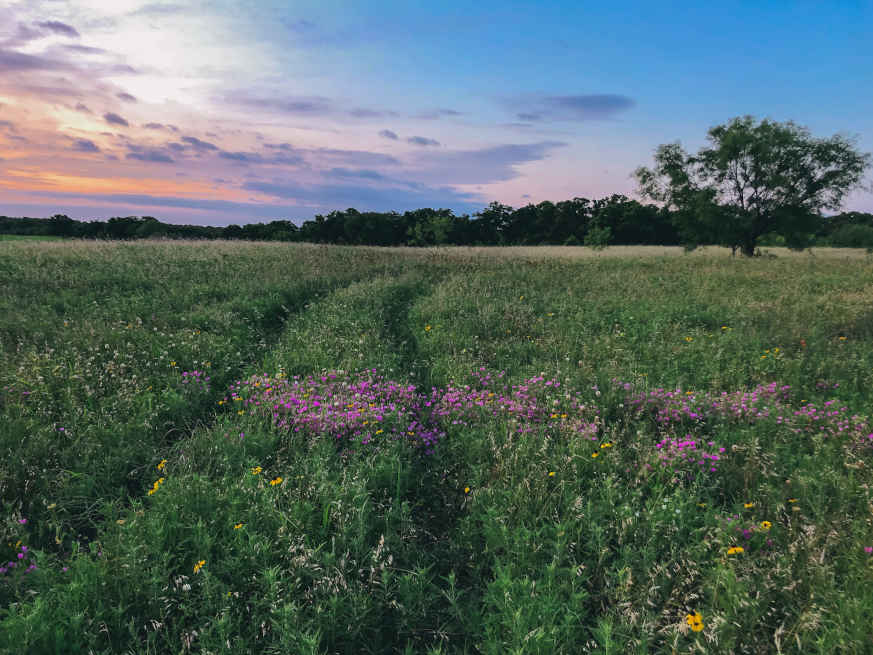 What kind of site is ideal for a solar farm?

The main factors that will mark out a site as great for a solar farm are:

- Irradiance (how much sun the location gets).
- Topography (the elevation and slope of the land - this affects how much light that solar systems get and when).
- Proximity of the site to dwellings (utility-scale solar farms take up many acres of land and can glint and glare significantly).
- Capacity of a site: sites should be able to accommodate a number of photovoltaic panels set up to maximise efficiency. A Large PV power plant can have thousands of panels and a production capacity of 50MW.
- Connection to the electricity grid. Solar farms, also known as solar plants, and solar parks, need to be connected to the grid to export any power they generate. This is especially important for renewable electricity sources like wind and solar: power generation fluctuates and energy storage isn't possible for all of it.
- Agricultural land classification and land type. As mentioned above, solar projects, where possible,  should avoid taking up land that is ideal for housing or farming. Planning applications for solar photovoltaic cells (as with other green electricity sources) on brownfield, contaminated land, industrial land or worse-quality agricultural land are much more likely to be approved.

For prospective solar farm developers, once you've found your ideal site, there are other things to consider: access, site layout, design and appearance. Security, too, as solar facilities do contain high-value equipment that has to be protected with fencing, CCTV and lighting.

Solar farming has garnered a reputation over the years for having eye-watering start-up costs. And while they certainly aren’t cheap, there has actually been a huge decrease in cost over the last decade. In fact, solar parks today can be set up for over 80% less than in 2010.

That’s largely thanks to their rising popularity, which has helped solar panel manufacturers to develop more cost-effective components. In 2019, the average price of solar panel modules was around £200,000 per megawatt produced or 20p per watt. The economy of scale also applies here, meaning larger capacity solar plants work out costing less per watt than smaller ones.

But that only covers the materials, not the full cost of the development. And while the price of solar panels might be going down, unfortunately, the same can’t be said for land or labour. The average value for an acre of UK farmland in 2022 is between £7,500 and £10,000, although plots can easily exceed this depending on location and accessibility.

However, if you’re looking to convert land you already own into a solar farm, this cost is obviously one you won’t have to worry about.

And while solar projects still have fairly high start-up costs, that is somewhat offset by much lower ongoing costs. Solar plants have minimal demands in terms of operation and maintenance, and there are no waste by-products to deal with either. After the initial investment, you shouldn’t need any large operating costs to keep your solar farm running.

The pros and cons

Solar power is still a relatively new technology, and as such there are naturally concerns over how its positives and negatives weigh up.

One common criticism of solar plants is that the need for them to occupy large rural sites will lead to a loss of valuable agricultural land. However, planning permission restrictions make it highly unlikely for a solar farm to take the place of high-yield farmland, while their impact on the land itself is generally low and reversible. What’s more, the land can still be used for animal grazing, or to plant wildflower meadows to help with crop pollination in neighbouring fields.

It’s also not necessarily the case that solar plants have to be built on farmland. Westhampnett solar farm in West Sussex, for example, is sited on a former landfill which would otherwise be unusable due to the levels of methane gas in the ground.

Of course, the biggest benefit to solar plants is their role in meeting the National Grid’s renewable energy targets. Solar technology is a proven source of safe, locally-produced and sustainable, electrical energy. On average, a 5MW-capacity solar farm will produce enough clean electricity to power 1,350 homes in the UK, while saving 1,200 tonnes of carbon annually.

With start-up costs decreasing and the technology constantly improving, solar energy generation is an exciting development to get involved in, and one with great benefits for the planet. Addland can help you find the perfect plot for your solar farm project today, with the UK’s most advanced online land marketplace.